“The lady doth protest too much, methinks.” Gertrude (Hamlet) 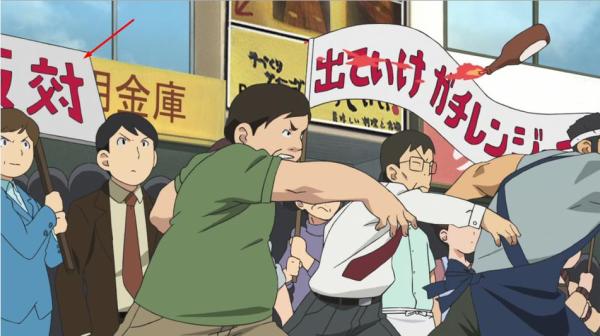 It’s ironic that Amazon’s anime channel is entitled “Anime Strike” because in a way, I’ll be taking a strike against their anime channel. I’m usually overjoyed about additional legal options to stream anime but not the way Amazon is doing it. I had high hopes for them adding currently running anime to their streaming videos, thinking maybe this Prime membership I’ve had for years will actually have some decent perks especially since they hiked up the cost a couple of years back. Oh, they’ve been throwing some bones the Prime members way lately but putting the anime channel behind a $4.99 paywall in addition to your Prime membership, can’t say this was a good idea.

My Crunchyroll Premium membership, Hulu, Netflix will have to suffice which is more than enough. So the shows that I wanted to check out that are on Amazon such as Re:Creators and one show that I was really waiting on, Rage of Bahamut: Virgin Soul, will not be watched. I just cannot rationalize the additional expense and as a Prime Member, this is one of those perks that I think would be a good business decision to add to the membership. Especially, since someone at Amazon thinks there are enough anime fans/otakus to warrant having an anime channel. They probably figure that there are more than enough suckers, I mean, otakus, who will be wiling to shell out the extra $4.99 on top of an Amazon Prime membership. I suspect that there will be an increase of people utilizing fansubs for those shows rather than tacking on the additional cost.  Maybe Amazon will allow them to go to Prime Videos once the season ends but I won’t keep my hopes up.

I am disappointed with Anime Strike but as I mentioned, I still have Crunchyroll, Hulu, and Netflix. And I am checking out the new season’s offerings which seem to be decent so far; and they are, in no particular order:

Now that I go over this list, I’m watching a lot. This is probably the most anime I have watched in a long time and I’m also reading Skip Beat! and watching a k-drama (Strong Woman Do Bong Soon). I’m watching everything at a slower pace than I used to  but its working and I’m happy to be able to watch anime that I enjoy again. What are you all watching? 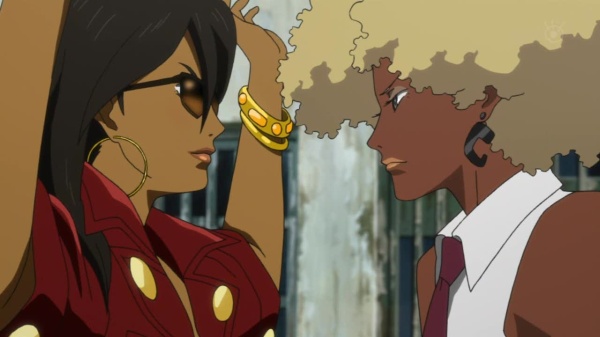 I’m a reader. I love reading books to clear my mind and stay sane in this ever changing and unpredictable world. It was my escape. I have had some difficulty finding good books to escape into lately so anime and K-drama have been my only forms of escapism. When reading a book, I always finished it even if I didn’t like it. It was my motto to finish what I started.

I’m not able to do that with anime or K-drama. I don’t understand how I am able to push through an over 500 page book that I don’t like but I can’t make it through an anime if I don’t like. I turn it off and don’t watch it again unless I was interested but got distracted by something else.  I can put down a book and half a year later, pick it back up to finish it.

Not so with anime and K-drama; most specifically anime since I watch that the most. I have a graveyard of anime that I’ve dropped and left to wallow in a pit of “maybe I’ll get to it”. Two notable ones that I have dropped are One Piece and Sword Art Online. Arguably, One Piece is most definitely better than SAO. I also liked One Piece in a way but I simply couldn’t get through it. SAO was absolute harem garbage and once I lost hope that it would have any true semblance of a good plot; it was dead to me. I’ve also started watching Fairy Tail and though it started silly; it did improve, yet, I still have not finished it. Like One Piece, I do sort of like it but cannot finish it. And I really hate unfinished business. 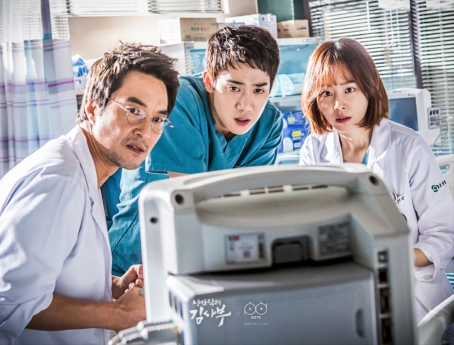 I have a confession to make. This post isn’t going to be romantic at all. It is a sort of romance, my attraction to entertaining forms of media. In the past five years, I’ve become interested in K-drama. My first completed drama was Boys over Flowers. I was so excited about it, that I interrupted my regular posts on anime to talk about it. Since then, I have completed several dramas; I have watched medical dramas; currently trying to complete Romantic Doctor Kim which ended on January 16th. Still not sure why it’s called “Romantic Doctor Kim because he’s not really romantic. Unless, you consider the fanboy crush that Kang Dong Joo seems to have on him. Though, there is romance in the show as there seems to be in most K-dramas. Lots of fake kisses; think American black and white films with the fake, passionate kiss.

The conundrum that my newfound love places me in is that it leaves me with even less time to watch anime. K-drama episodes are usually over an hour; for some reason; one episode is almost the length of a feature film. Marathoning them can leave one up until the next day. Anime episodes are generally 25-30 minutes so it is much easier to do a marathon. But now that I like K-dramas and they churn them out rapidly; there is almost new show every month. So what am I to do? K-drama has so much to offer and there are plenty of shows with adult characters which is sorely missing in anime; so easier to relate to the characters even though we come from different cultures. A lot has happened in my life in the last 3 years lending to the paucity of my posts but if I’m honest, a huge component of that would be that the time I would have spent watching a few episodes of an anime series, I’ve spent watching one episode of a K-drama. Watching one episode usually leads to two and sometimes three. Which leads to the question; can I talk about both in this blog? What do you think? Do you have other hobbies that have equal time as anime such as gaming or reading manga/comics?

I have been thinking about my blog lately and have decided that I really am going to get back to blogging. Yes, my life has been extremely busy and I have been balancing all things motherhood/wife/working full-time and not watching anime as much as I used to. Ok, I am still watching anime as much as I used to but I used to blog while at work; had a job with a lot of free time and I don’t have that anymore with my current job. With all that said; I’m a bit late but Happy New Year! Welcome to 2017!

I have plans to attend TWO cons this year instead of one. I have been faithfully going to the same one for the past eight years but have decided to check out MomoCon this year! I had been wavering because of the gaming component (I’m not very good at it) but figured since I had been wanting to go; why not go ahead and do it? I will blog on my experience.

Now to the meat of it all; what have I been watching? 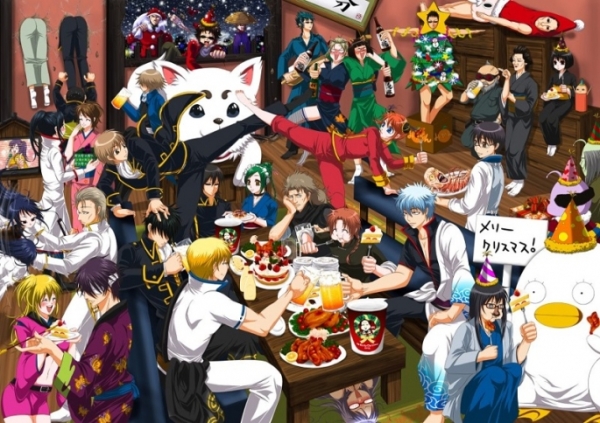 Gintama, of course! We are on Season 8 and I’m still watching. This remains the only show that I have watched with over 200 episodes. It remains a very good watch; great balance of comedy, action, emotional turmoil; the past two season have been a bit dark but this season appears to have lighten up a bit. I’m hoping will find out more about Gintoki’s ancestry because the OP seems to allude to there being more to Gintoki’s humanity coupled with the comment made to him as a child from his former teacher, Yoshida Shouyou. I’m not sure they will get to it in this season but I hope that they do. 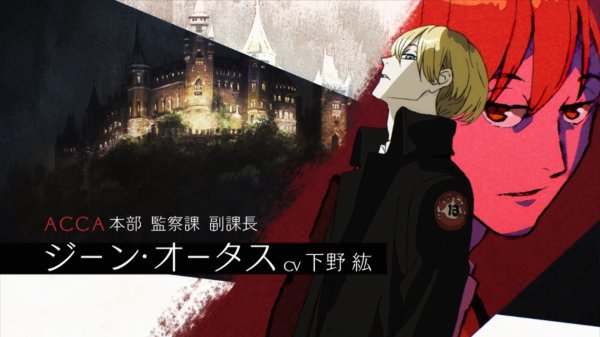 ACCA 13-ku Kansatsu-ka (ACCA 13 Territory Inspection Dept). I didn’t know what to expect when starting this show and I have become pleasantly surprised. A show with political intrigue; a coup broiling but who is behind the coup? Is it the main character or is he being set up? It feels like a twist will present itself in this show. Initially, I had no idea what was going on but that went away after the third episode. A peaceful society only on the surface it seems. 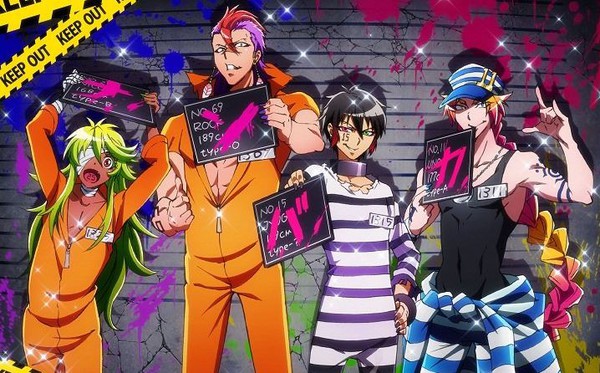 Nanbaka. I know. I know. It’s my guilty pleasure. It’s starts off as a comedy then does a 180. I just love tragic background stories in a main character. We’re in Season 2 and though the last few episodes in Season 1 were violent and tenebrous; so far, it has not explored that ominous setting in full just yet in Season 2. I’m sure it will get there as the darkness didn’t appear until the latter episodes of Season 1. It brings to mind Jojo’s Bizarre Adventure.

There is more but I will save for future posts. I look forward to honing my writing and getting back into the ani-blog community. What are you watching now? 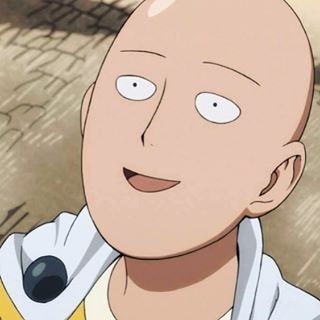 The wonders of anime!

It has been a while, hasn’t it? Every since I got married and had a child, I’ve not been as active with my blog. I’m hoping to reinvigorate my blog as my love for anime has been renewed after attending a popular anime con over the weekend. I thought that maybe I was growing past anime but I realized over the weekend; that wasn’t it. It really is due to the fact that the past few seasons simply did not have shows that truly appealed to me. There’s only so much high school shit I can watch. I am long past high school and the characters don’t speak to me. They all look the same, have the same annoying voices, and the plots are pretty predictable at this point. I understand that anime companies want to appeal to the audience that they feel will spend the most money and high school anime series are popular. But for those like me who want more; we seem to have less options each season.

However, this is not to say that I do not like shows/manga where the main characters are teenagers. I really enjoyed Skip Beat (tv series) so much that I started reading the manga.  I may go into more detail on why I like this particular series in another post. I’ve found that my interest in anime has strayed because I have strayed from what really drew me into anime. I enjoy mecha anime; preferably the dystopian mecha with a lot of darkness; such as The Big O. I even enjoyed Gurren Lagann even with its flaws and plot holes. I love sci-fi, psychological thrillers (how I miss Satoshi Kon), and action — lots of bloody action. Thankfully, Netflix seems to be trying to fill that hole with anime choices such as Ajin and Sindonia no Kishi. All is not lost! With that said; starting in 2017, I plan to get back involved in my blogging and not give up on anime. For those of you who are still around, thank you for sticking with my blog.