So I’ve been contemplating taking a break from blogging for the summer. You know, have a bit of a technology vacation. This is a strong maybe but not a definite. Since I’m not sure, here is another one of my random posts. 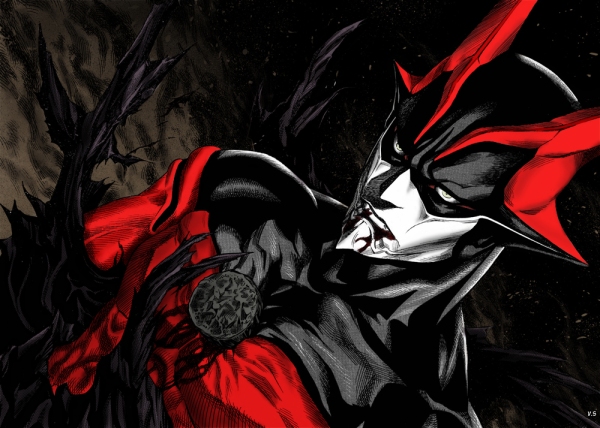 So you all know what I have been watching and after watching the last two episodes of Zetman, I feel like I have to share my disenchantment with you all. Where do I start? Do I start with the chunky pacing? The strange passage of time? The creation of relationships out of nowhere? The complete lack of coherence of this show? If I weren’t trying to keep this blog clean for the children; I would have some really choice words for the last two episodes. But I will leave it at what in the blue blazes is going on here? Are the creators of this show losing their wits? I really have no idea where they are trying to go with this show. We’ve got Jin aka Zet falling in love with some random chick who decided she wanted to live with him out of the blue. She is also in love with him and we know next to nothing about her and neither does Jin. We get a glimpse of her having some weird headache which I’m just going to assume is foreshadowing for something. She hates her family and leaves them and  they give us this awkward scene, animated strangely and creepily, of her leaving her home. We have no idea why she hates her family; we have no idea what her relevance to the show is besides maybe adding some soap opera-ish feel to it.

Then there is Kouga with his indecisiveness at times when a decision needs to be made immediately. He wants to be a “hero of justice” but always gets caught up in whether he should save his sister, Konoha, or random strangers (usually more than one at the same time) from death.  Konoha cries that she is scared but yet runs away from a “safe place” to stay with Jin’s foster mother. Let’s not forget Kouga and Konoha’s parents. I guess there is some marital strife there with their father primarily concerned about the family business and seems to know nothing about his father’s involvement in things. The mother has barely said two words out of 10 episodes and finally shows that she cares for her children when things “got real”.

Oh, hey, the show’s got shadowy bad guys, your typical villains. A Player who wants to take over the world and kill all humans. He’s working with some strange guy who I assume is a player but seems to have loads of money. This guy likes to mess with Kouga and he’s got some little person (?) that hangs with him and calls him “Dad” but we really don’t know much else. It would make sense if it all flowed smoothly but it doesn’t. Instead, the show just throws random scenes and conversations at you and expect the viewer to figure it all out. Either that or they assume everyone has read the manga but from what I have gathered, its not sticking to the canon.

The only thing that I understand and like about the show is the fighting between Zet and the rogue Players. In fact, I look forward to those scenes in the show and unfortunately saw little of it in the last two.  I read rumblings about a season 2, I hope not. They can barely keep season 1 together. If any of you are watching this show and have some idea of what is going on, please feel free to share it with me.