A Revisit to Friendship 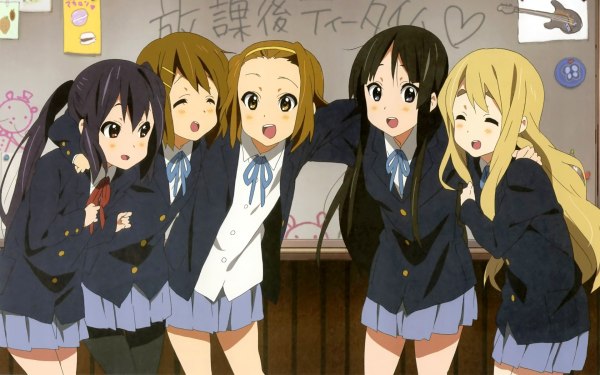 In No Friend Zone, I discussed my lack of IRL friends that share the same interest as I in anime and K-drama. I feel that I need to revisit and provide more insight into this situation and more candor. I mentioned that I did not know any one in my community that watched anime growing up. This was not helped as I was not a consumer of televised media as a child as a result of the parenting philosophy of my progenitors.  This led to being a bookworm. There were many times that I was called a “nerd” and when I was a child, being a nerd wasn’t cool or trendy.

All that combined meant I was not very socially interactive. I could not talk with the other children about the shows they watched unless it had been on PBS or the news. No one else read anything outside of the required reading and the fact that I read because I wanted to was really weird to my peers.  Don’t read this to and think that I was completely isolated. I wasn’t, I had my built-in friends; you know the ones you really don’t have a choice in and I actually made friends. Or as some of my current friends will attest, they made themselves my friend. As I grew older, I also did not make many female friends. I did not really notice this until I became an adult. I only recall two females in my homeroom and I’m sure they were more. But I remember the males; not all, the ones I interacted with. This shows me that I didn’t talk to an of the females in my homeroom on a consistent basis; if at all.

I’m no longer friends with the males for the most part because there are social mores at play. I’ve got two good male friends, one who does share my interests and the other whose idea of anime probably leans towards the hentai area. So that brings us back to today, my social awkwardness makes it harder for me to communicate with others; especially females. In particular at anime conventions where I feel it may be the most likely place to find a friend similar to myself. The deeper issue is I really have a hard time communicating with females. It was always much easier and still is for me to interact with males when it comes to my interest. The feeling of judgment or like I’m being compared to themselves is not there. I don’t feel that I’m being measured and I feel that way with females.

I would like to have a female friend close to my age with a similar background and similar tastes. But the truth is, I really don’t know how to make a friend.